Dear baffled readers, As everyone knows, while no-one is about bears will get their paws on books. Our Tedettes have formed their very own Jane Austen Book Club.

The Tedettes found on the shelves “A Portrait of Jane Austen“ by David Cecil and “The Prince of Pleasure and His Regency” by JB Priestly.  From these, they learn more about Jane Austen’s life and times.

In 1809, Jane and her sister Cassandra went to live in Chawton House. Jane wrote a verse about it.

In the next picture you see the stairway in the Regent’s London dwelling called Carlton House. Next to it is the vestibule in the house when Jane and Cassandra Austen lived.

And here is the parlour at Chawton House

Cassandra Austen’s skill was in drawing. Here is her water colour of Fanny Knight, her niece. 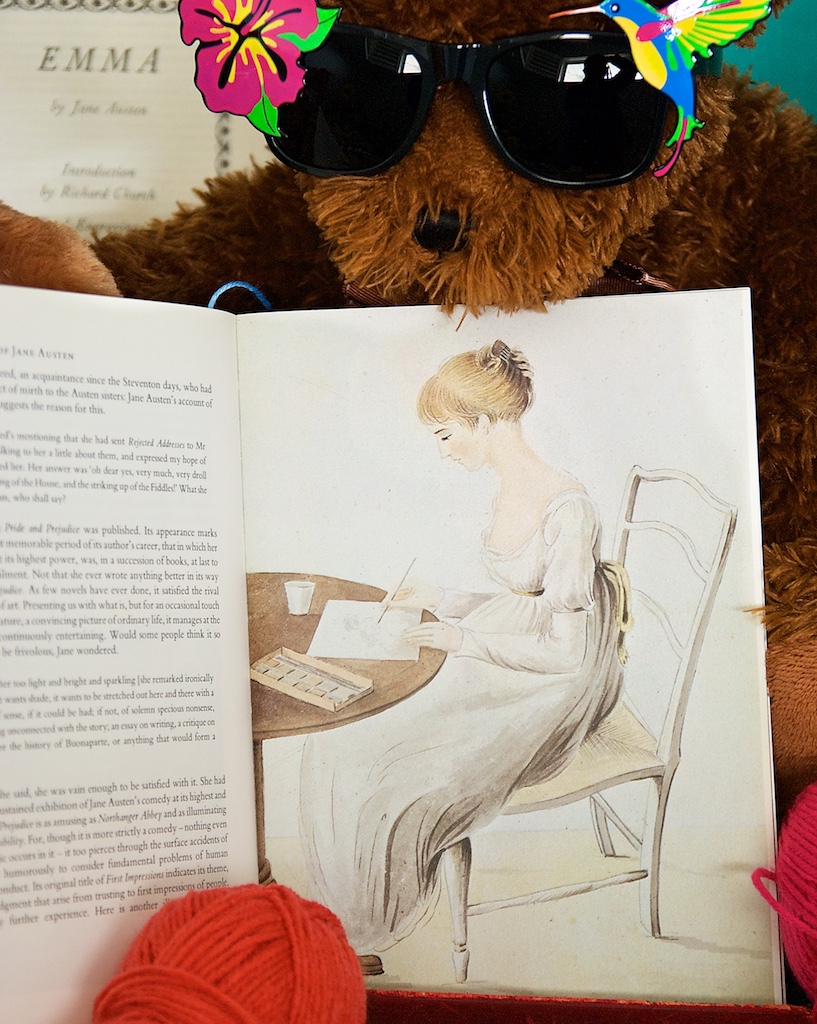 The Tedettes so enjoyed reading Jane Austen’s books that they are going to read other books. They’re discussing whether to call themselves ” The Tedettes Jane Austen Bookclub That Reads Other Things.” In the next posts they find and talk about the Regency novels of Georgette Heyer. But calling themselves ‘The Tedettes Jane Austen And Georgette Heyer Book Club’ is  such a long name that most bears would fall asleep before the reach the end of saying it. Hmmm. Perhaps they will keep the original name.

Amazon Links: “The Prince of Pleasure and His Regency” by JB Priestly.

You are in the web den of Mawson Bear, Ponderer of Baffling Things (between naps) and Writer-Bear of It’s A Bright World To Feel Lost In .

“Just pure magic.  A bear’s love is never far away and can be shared and passed on through generations.” Susan Hampson, of Books From Dawn To Dusk.

I am Mark, Guardian of Mawson Bear. Mawson is a big hearted, soul searching Writer-Bear. His little books are stuffed with moments of happiness for frazzled grownups. Why not slow down and relax a while with Mawson's friends in their cosy, whimsical world. Refresh the soul in the tranquility of innocent hours and simple joys. View more posts

This site uses Akismet to reduce spam. Learn how your comment data is processed.